I’m just checking in. Haven’t had a lot of time and realized that the week was almost gone so it is time for a report. This update in on the Kickstarter as well. I’m just making sure people have a few places to access this info.

So what have I gotten done?

I’m about halfway through a skills rewrite to support the four actions and then it’s a return to the cultures and character creation to make sure everything ties up nice and neat.

I’ve managed to rewrite the Traditions and much of the actual magic with the cleaned up ideas of Fate Core in mind. I’m worried that it’s still perhaps too big. I struggle against my urge to write crunch and the need to maintain an affordable page count for printing. 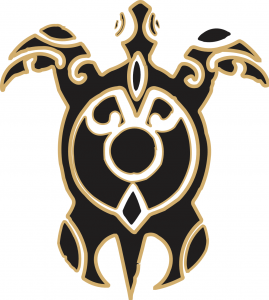 One thing that becomes evident in Ehdrigohr as you read the rules will be that there is a lot of magic. You’ve got 7 ways to access 4 different schools of 4 different paths of magic. I want to give people enough information to create the kind of character they like or have always wanted to play. I think at some point it might become necessary to make a book that explores just the Mysteries. I’m also struggling desperately against the urge to make lists of spells and techniques though some traditions benefit from it.

I want people to make their own and own their particular experience in the world. So I want to give you enough info to make your own. I figure if you’re involved in a Fate game you always need points of access that provide you with tools to engage your own immersion. Crunchy stuff can come later for those who really dig that stuff but the core stuff needs to work and be accessible. Let me run down the range by looking at traditions and Fire, a path of the Elements. Each of them must decide, before hand, what effect they’re going for and how powerful it will be.

Each particular path has certain Attack, Create an Advantage, Overcome, and Defend options available to it. You’re Traditions are basically going to dictate what skills you have to use to access the magic and what rules you must abide by.

You could run a game using as many traditions as you’d like or you could focus in on a particular tradition. Want to focus your game in MIc’Talan among the 6 clans? Then you’ll probably running a game where most magic is Dynastic.

Focusing in on the Salduun Wastes? Then you’ll be dealing with Makers, Warrior Societies that serve the empire, and an Ecclesiastical order called the Babers of Salduun an ecclesiastical order of spies who primarily use Investigate and Medicine access mysteries to ensure that the council stays in power.

Focusing on the Wiitjssa? There’ll be lots of Solitaries, Mystics, and Warrior Societies.

Whatever scope you approach the world at should have enough bits and pieces to tell an interesting story.

It’s really up to you to build your experience in Ehdrigohr. Since you’ll have to spend time coming up with societies and oaths and taboos, I expect to hear about lots of Wildly different Ehdrigohrs.

I need to get some new play tests up an running to see if this all works out still. The old version worked but was really clumsy to understand. I want the new version to get people going “aha” really quickly.

I’d like to hear people’s thoughts about how much detail and hand holding they feel that they need to get into a Fate-based magic system. Looking at the Magic System Toolkit I notice that those are all relatively sparse in terms of detail of particulars. For those of you who have read it, is that okay?

I also might need some playtesters soon to see if this all works when I’m not present. I need to know that there is enough info that people feel like they can get a game up and running without me.

In any case, I feel like I’m still on track for a feature complete manuscript by end of February.

That’s all I’ve got for now.